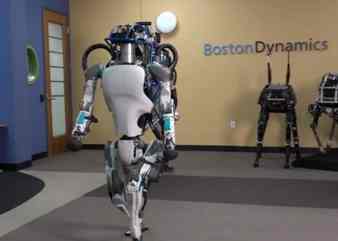 A new video uploaded by Boston Dynamics shows the robotics company’s humanoid robot, Atlas, performing an impressive gymnastics routine — including a handstand, a somersault, and even a 360 jump — all in one fluid motion.

It’s a spectacular display of agility by the nimble, two-legged robot. Previous videos have shown it go for a jog, master parkour, and even play “the floor is lava.”