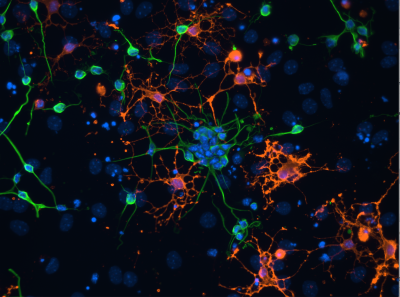 In a world first, a patient with Parkinson’s disease has undergone transplant therapy, which uses reprogrammed stem cells to replace neurons destroyed by the disease.

Stem cell therapy is part of the toolkit

The stem cell field is an area of science that is relatively well funded and, out of all the branches of medical science relevant to aging, is probably the most understood by the public. In the last decade or so, progress in stem cell research has been rapid, and scientists now have a wide range of cell types they can create on demand via cellular programming.

While the majority of stem cell research is not specifically aimed at the defeat of age-related diseases, the technology could certainly be used to that end; hence, it is an essential part of the anti-aging toolkit. Stem cell exhaustion is thought to be one of the reasons we age, and, sooner or later, we will need to be able to replace losses; this research is an important step towards that goal.

Also, it is rather fortunate that this area of research is well funded in general thanks to the government and other sources. This leaves our community to focus on supporting the development of technologies that address other aspects of aging that are not so well funded.

In general, most regular cells have specific functions in the body and in the tissues of which they are a part of. This specialization of cells into the myriad distinct types we see in the body allows our organs and tissues to do various things and is essential for us to live.

While cells remain specialized once they develop into the desired cell type, it has been shown that they can change into other types of cells if they are given the proper chemical encouragement.

In cellular reprogramming, researchers expose these specialized cells to certain chemicals that revert them back to an embryonic-like state from which they can then be guided to become other cell types.

These flexible cells are known as induced pluripotent stem cells (iPSCs) and have been around for over ten years; however, this is the first time they have been trialed in a person with Parkinson’s disease.

In October, the neurosurgeon Takayuki Kikuchi at Kyoto University Hospital performed the procedure, implanting 2.4 million of these precursor cells into 12 different areas in the brain of a 50-year-old patient.

According to reports, the patient is doing well, and no major adverse reactions have been observed so far. The patient will be observed closely for another six months, and if no issues arise, a further 2.4 million precursor cells will be implanted in a second procedure. The technique will also be used to treat six additional patients with Parkinson’s disease in order to confirm safety and efficacy by the end of 2020.

Should the results be positive, this paves the way for the therapy to be available for patients perhaps as early as 2023, as Japan has a fast-track approval system in place for regenerative medicine. Japan is particularly forward-thinking when it comes to regenerative medicine, especially stem cells, and it has created legislation to support their development in the last few years; the process is somewhat similar to the recent creation of the RMAT framework in the United States.

This is a step forward to building the toolkit we need to target the aging processes, particularly being able to replace populations of stem cells lost during aging. We will be following developments closely and hope the patient makes a speedy recovery. Success here opens the door to other similar replacement therapies for related conditions such as Alzheimer’s but also in general wherever the available pool of stem cells has run low.

This article was originally published by: https://www.leafscience.org/parkinsons-disease-patient-in-world-first-stem-cell-therapy/?mc_cid=50a4318610&mc_eid=019dfcda6c