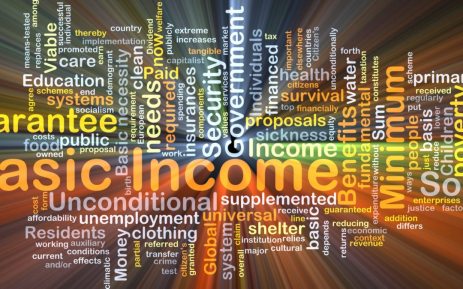 Canada is testing a basic income to discover what impact the policy has on unemployed people and those on low incomes.

The province of Ontario is planning to give 4,000 citizens thousands of dollars a month and assess how it affects their health, wellbeing, earnings and productivity.

It is among a number of regions and countries across the globe that are now piloting the scheme, which sees residents given a certain amount of money each month regardless of whether or not they are in work.

Although it is too early for the Ontario pilot to deliver clear results, some of those involved have already reported a significant change.

One recipient, Tim Button, said the monthly payments were making a “huge difference” to his life. He worked as a security guard before having to quit after a fall from a roof left him unable to work.

“It takes me out of depression”, he told the Associated Press. “I feel more sociable.”

The basic income payments have boosted his income by almost 60 per cent and have allowed him to make plans to visit his family for Christmas for the first time in years. He has also been able to buy healthier food, see a dentist and look into taking an educational course to help him find work.

If the trial proves successful, the scheme could be expanded to more of the province’s 14.2 million residents and may inspire more regions of Canada and other nations to adopt the policy.

Support for a basic income has grown in recent years, fuelled in part by fears about the impact that new technology will have on jobs. As machines and robots are able to complete an increasing number of tasks, attention has turned to how people will live when there are not enough jobs to go round.

Ontario’s Premier, Kathleen Wynne, said this was a major factor in the decision to trial a basic income in the province.

She said: “I see it on a daily basis. I go into a factory and the floor plant manager can tell me where there were 20 people and there is one machine. We need to understand what it might look like if there is, in fact, the labour disruption that some economists are predicting.”

Ontario officials have found that many people are reluctant to sign up to the scheme, fearing there is a catch or that they will be left without money once the pilot finishes.

Many of those who are receiving payments, however, say their lives have already been changed for the better.

“I’ve never been better after 14 years of living in poverty,” he said.

He hopes to soon find work helping other people with mental health challenges.

Finland is also trialling a basic income, as is the state of Hawaii, Oakland in California and the Dutch city of Utrecht.

This article was originally published by: http://www.independent.co.uk/news/world/americas/canada-universal-basic-income-ontario-trial-citizens-residents-poverty-unemployment-benefits-a8082576.html