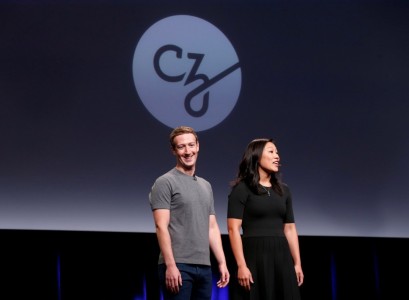 Facebook co-founder Mark Zuckerberg and his wife, Priscilla Chan, on Wednesday announced a $3 billion effort to accelerate scientific research with the wildly ambitious goal of “curing all disease in our children’s lifetime.”

The many components of the initiative include creating universal technology “tools” based on both traditional science and engineering on which all researchers can build, including a map of all cell types, a way to continuously monitor blood for early signs of illness, and a chip that can diagnose all diseases (or at least many of them). The money will also help fund what they referred to as 10 to 15 “virtual institutes” that will bring together investigators from around the world to focus on individual diseases or other goals — an idea that has the potential to upend biomedical science.

Being a scientist in academia today can often be a solitary endeavor as the system is set up to encourage colleagues to keep data exclusive in the hopes that this strategy helps them be more competitive at getting publications and grants. But as more Silicon Valley entrepreneurs like Zuckerberg are seeking to make their mark in the biological sciences, they are emphasizing the power of collaboration and openness.

Zuckerberg and Chan, among the world’s 10 wealthiest couples, with a net worth of $55.2 billion, emphasized that their timeline is long — by the end of the century.

“We have to be patient. This is hard stuff,” Zuckerberg said.

Chan said, “That doesn’t mean no one will ever get sick, but it means our children and their children should get sick a lot less.”

Many of themes articulated by Zuckerberg and Chan on Wednesday in San Francisco echo ideas furthered by other technology philanthropists who have donated substantial amounts of money to medical science. Sean Parker, a Napster co-founder, earlier this year set up a multi-center, $250 million effort to bring together top researchers from around the country to focus on immunotherapy for cancer. Microsoft’s Paul Allen has already invested $100 million in a cell-biology institute to try to create models of the fundamental building blocks of life.