5 Awesome Inventions That Came out of MIT This Year 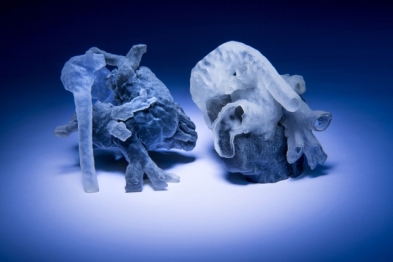 We’re coming down the homestretch for 2015, and now is the time when most folks like to reflect on all of the things they’re thankful for. In the campus innovation space, that basically means MIT. Being one of the most technologically progressive universities in the world, MIT has the longstanding reputation of churning out life-changing innovations as if it were a cake walk.

This past year has been no different. Here are our picks of 5 inventions coming out of MIT that are sure to impact the world, making us very thankful to have the Cambridge-based university in our corner.

If everyone’s bodies were true to textbook anatomy, doctors’ jobs would be a breeze. Unfortunately, that’s not the case. So all patients going in for heart surgery will have slightly different nuances to their cardiac makeup. As you can imagine, these procedures present some high stakes, so it’s not great for surgeons to be surprised in the OR.

Taking part of the guesswork out of cardiac surgeries is a system developed by MIT and Boston Children’s Hospital. Doctors can now scan an individual patient’s heart and 3D print a personalized model within a matter of hours. As a result, surgeons can plan for specific surgeries, knowing exactly what they’ll be looking at. This project is still in the works, but once it’s further along, researchers maintain doctors will be able to do simulated surgeries before the fact, significantly reducing risks on the operating table.

A microbot that swims and self-destructs

What’s better than robots? Tiny robots. A team at MIT have developed an “origami” robot that measures only a centimeter in length. But just because this invention is small, don’t think the technology behind it won’t make a big impact.

This robot folds itself from a sheet of plastic when exposed to heat. It can then move about, almost like a super insect. It can swim, climb inclines and even carrying objects twice its weight (which, granted, is not that much). It’s all powered from innovative external controls that the MIT researchers created using a magnetic field.

If you don’t think any of that’s impressive, check this out: The origami robot can self-destruct by deteriorating all on its own.

Ingestible sensors to take your vitals

Every time you go to the doctor, the first thing they do is hook you up to a multitude of machines. If you’ve ever sat there thinking that there has to be a better way to take your vitals, you’re right. A group at MIT developed an ingestible device that accurately takes all of the essential readings – heart and breathing rates, for example – from the comfort of your GI tract.

While health care providers might not be handing out these devices like candy, they’ll probably soon be using them for certain people. For example, patients with chronic illnesses that need regular monitoring, soldiers and athletes could be benefiting from the technology in the future.

A robot with human-like reflexes

Robots aren’t known for their grace and poise. In fact, they’re generally considered to be clunky and clumsy. That’s until now.

While several teams at MIT are working on different ways to make robots more suitable to navigate our fragile, human world, HERMES is one of the most remarkable. It’s an upright and bipedal device, but that’s not what makes it most impressive. With the development of a balance feedback interface, the robot is able to make note of shifting weight and adjust accordingly. As a result, HERMES has human-like reflexes. It’s not autonomous, though, as it requires someone to operate it, acting as a marionette.

While this is technically a spinout of MIT – developed by two professors who founded the startup Microchips Biotech – it still counts. Rather than subjecting people with chronic illnesses to continuous rounds of medication, shots and treatments, this company has come up with a way to deliver crucial drugs via a microchip.

These devices are implanted in the body and are able to release medications over extended periods of time. For example, patients with cancer, MS and diabetes can have one of these microchips put in and receive automatic treatment for as long as 6 years. That means no more pills or in-hospital treatments.