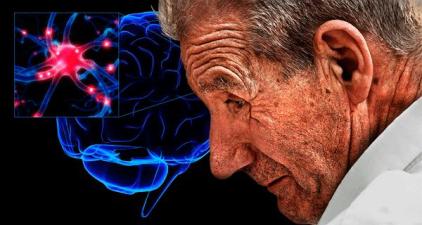 A team of international scientists announced a medical breakthrough in Singapore on Thursday that could improve millions of lives: existing anti-malaria drugs have the ability to treat Parkinson’s disease, according to new research by Nanyang Technological University (NTU) and Harvard Medical School’s McLean Hospital.

Parkinson’s is a fatal degenerative disorder that impacts the central nervous system, causing people to lose control of motor movements. Seven to ten million people worldwide are currently diagnosed with the disease and there is no known cure.

After screening over 1000 drugs approved by the U.S. Food and Drug Administration, the scientists discovered that chloroquine and amodiaquine—two common anti-malaria treatments—could bind and activate a class of proteins in the brain vital to fight Parkinson’s. Called Nurr1, these proteins protect the brain’s ability to generate dopamine neurons, which are essential to the body’s movement of muscles. Patients with the disease gradually cease the production of dopamine neurons, thus losing motor control.

“Backed by various lines of scientific evidence, Nurr1 is known to be a potential drug target to treat Parkinson’s. Despite great efforts from pharmaceutical companies and academia, no one has managed to find a molecule which can directly bind to it and activate it, except for us,” said Professor Kwang-Soo Kim from Harvard’s McLean Hospital.

In laboratory tests on rats, the team found that by activating Nurr1, the rats with Parkinson’s appeared to have their symptoms alleviated.

Current treatment for the disorder is aimed at replenishing dopamine levels via medication or surgical methods but while these methods improve mobility functions in the early stage, they cannot slow down or stop the disease, Professor Kim explained.

“Our research shows that existing drugs can be repurposed to treat other diseases and once several potential drugs are found, we can redesign them to be more effective in combating their targeted diseases while reducing the side effects,” said NTU Associate Professor Yoon Ho Sup.

Parkinson’s typically affects people over the age of 60, according to the National Institute of Neurological Disorders and Stroke (NINDS), and as countries battle with rapidly ageing populations, cases of neurodegenerative diseases like Parkinson’s are widely expected to rise.

The scientists are now aiming to design better drugs for the disease by modifying chloroquine and amodiaquine with the hope of carrying out clinical trials soon.