Forget Self-Driving Cars: Here’s How Google Plans to Change How We Live Forever 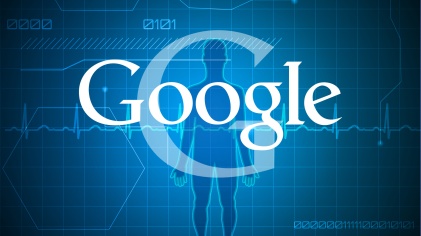 Let’s say you’ve had a searing headache for the past few days. You become nervous and, like many people, you resort to Google.  You start your search with  “headache for a few days” and a flood of answers fills your screen. “When a headache won’t go away.” “Experiencing lasting headaches? Here’s what it could be.” “Uh oh, your headache could be more than just a headache.” Your mind begins to race and you either head to the emergency room or frantically call your doctor to get an appointment. Google has infiltrated our world for sure, but when it comes to our health, it’s can be both a blessing and a curse.

One in 20 Google searches are related to health and according to a 2012 Pew Research Center Survey, 35% of Americans Google their symptoms. It seems as if everyone is about three websites away from deciding they have cancer or another condition. Even as far as we’ve come with improving health information out there, the problem with Google still remains. Now, as a doctor, I would say it is a dangerous game to attempt diagnosing yourself. It can lead to unnecessary stress, false information and a compulsive hypochondriac habit that that certainly won’t bring you a real diagnosis.

But Googling your symptoms is only the beginning. No one can argue that Google increasingly plays a huge role in our health. Taking it even beyond that, Google is working to change every aspect of healthcare using the arsenal of information they’ve gathered about you and me since its inception. Some argue on the side of privacy violations, some experts believe it’s helping to spread education and promote prevention. Nevertheless, one cannot argue that these innovations have incredible potential, that is, if they actually work.

Here are ten of the innovations that could dramatically change, and arguably improve, health care.

Forget Self-Driving Cars: Here’s How Google Plans to Change How We Live Forever

Leave a Reply to Is Google Out of Its Mind? | al fin next level Cancel reply