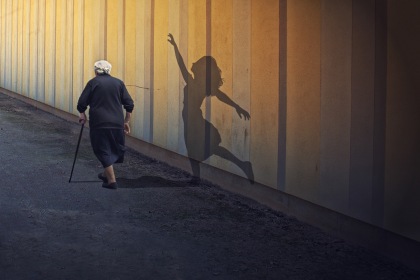 A research team from The Scripps Research Institute (TSRI), Mayo Clinic and other institutions has identified a new class of drugs that in animal models dramatically slows the aging process — alleviating symptoms of frailty, improving cardiac function and extending a healthy lifespan.

The new research was published March 9 online ahead of print by the journal Aging Cell.

The scientists coined the term “senolytics” for the new class of drugs.

“We view this study as a big, first step toward developing treatments that can be given safely to patients to extend healthspan or to treat age-related diseases and disorders,” said TSRI Professor Paul Robbins, PhD, who with Associate Professor Laura Niedernhofer, MD, PhD, led the research efforts for the paper at Scripps Florida. “When senolytic agents, like the combination we identified, are used clinically, the results could be transformative.”

“The prototypes of these senolytic agents have more than proven their ability to alleviate multiple characteristics associated with aging,” said Mayo Clinic Professor James Kirkland, MD, PhD, senior author of the new study. “It may eventually become feasible to delay, prevent, alleviate or even reverse multiple chronic diseases and disabilities as a group, instead of just one at a time.”

Senescent cells — cells that have stopped dividing — accumulate with age and accelerate the aging process. Since the “healthspan” (time free of disease) in mice is enhanced by killing off these cells, the scientists reasoned that finding treatments that accomplish this in humans could have tremendous potential.

The scientists were faced with the question, though, of how to identify and target senescent cells without damaging other cells.

The team suspected that senescent cells’ resistance to death by stress and damage could provide a clue. Indeed, using transcript analysis, the researchers found that, like cancer cells, senescent cells have increased expression of “pro-survival networks” that help them resist apoptosis or programmed cell death. This finding provided key criteria to search for potential drug candidates.

Using these criteria, the team homed in on two available compounds — the cancer drug dasatinib (sold under the trade name Sprycel®) and quercetin, a natural compound sold as a supplement that acts as an antihistamine and anti-inflammatory.

Next, the team looked at how these drugs affected health and aging in mice.

“In animal models, the compounds improved cardiovascular function and exercise endurance, reduced osteoporosis and frailty, and extended healthspan,” said Niedernhofer, whose animal models of accelerated aging were used extensively in the study. “Remarkably, in some cases, these drugs did so with only a single course of treatment.”

In old mice, cardiovascular function was improved within five days of a single dose of the drugs. A single dose of a combination of the drugs led to improved exercise capacity in animals weakened by radiation therapy used for cancer. The effect lasted for at least seven months following treatment with the drugs. Periodic drug administration of mice with accelerated aging extended the healthspan in the animals, delaying age-related symptoms, spine degeneration and osteoporosis.

The authors caution that more testing is needed before use in humans. They also note both drugs in the study have possible side effects, at least with long-term treatment.

The researchers, however, remain upbeat about their findings’ potential. “Senescence is involved in a number of diseases and pathologies so there could be any number of applications for these and similar compounds,” Robbins said. “Also, we anticipate that treatment with senolytic drugs to clear damaged cells would be infrequent, reducing the chance of side effects.”

The above story is based on materials provided by Scripps Research Institute. Note: Materials may be edited for content and length.