Breakthrough: How scientists are 3D printing a human heart that will work better than yours 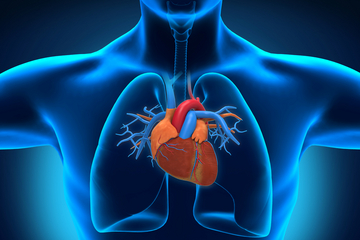 A team at the University of Louisville has taken bioprinting a step farther by creating a working 3D printed human heart made of fat cells.

Imagine your beating, pumping heart, working hard right this moment to keep you alive. Now think of a future where, if your heart failed or has a defect, you could get one that works better and lasts longer.

It sounds like something out of a sci-fi movie, but researchers at the University of Louisville have moved a step closer in this direction by using a 3D printer to make working parts of a human heart, using fat cells and collagen.

“We are utilizing printing and other biological manufacturing techniques to build these different parts of the heart,” Dr. Stuart Williams told TechRepublic. Williams is the chief of the Bioficial Heart program at the University of Louisville’s Cardiovascular Innovation Institutein Louisville, Kentucky.

He added that the team has not reached the point where they put together the valves and the blood vessels, or any other products. They are solely focused on creating working pieces of the muscle.

Williams described the process as similar to building an airplane. Airplanes aren’t built in the traditional 3D printing sense, where you would start with the wheels at the bottom and build up. The parts for an airplane are made piece by piece, then assembled together.

Same with a human heart, which is a complex muscle. It can’t be built at once, so each part — the valves, large blood vessels, small blood vessels, electrical conducting system — is built and assembled together with a giant, intricate 3D printer.

To print the heart, Williams and his team use collagen and fat cells. One liter of fat from someone can give them a huge number of cells that can be directly translated to patients, he said.

“[We are] taking a piece of fat, isolating regenerative cells in the fat, utilizing those, then mixing factorized cells with collagen, and it prints.”

What’s even more innovative is the “six-axis” printer Williams helped build that makes the heart one section at a time. This “robot” can build the specific parts, then move them around and place them in their correct positions within the muscle.

The U of L lab is the only one in the world that has this intricate of a 3D printer, made specifically for bioprinting. Williams calls it a “bioassembly tool.”

Williams came to the University of Louisville in 2007, after spending many years at the University of Arizona, where he founded the biomedical engineering program. Three years ago, he teamed up with Advanced Solutions, also based in Louisville, and “noodled up the idea” of 3D printing a working human heart.

Bioprinting has developed into a hot topic recently, with companies like Organovo making liver and eye tissues using 3D printers, so competition to be the most innovative in the field is building quickly.

“I always say were all sort of in this together,” Williams said. “The real competition is [heart] disease and this process.”

There is an urgent clinical pull in this field — that is, what the doctors and other healthcare providers need. Luckily, it is working with this huge leap forward in technology right now, and everything in this industry is happening rapidly.

“That’s what is quite unique about the group in Louisville. We are identifying what the real short term needs are and designing the answers for bioprinting,” he said.

Earlier this year, researchers at the University of Louisville built a 3D printed model of a toddler’s heart so doctors could better analyze and treat his condition. The project and surgery were successful. In other areas of the university, like the Cardiovascular Institute, researchers are pushing the limits even farther. Right now, Williams and his team are working on many bioprinting projects for the cardiovascular system. Williams has looked at the pancreas, which could be made to better work for diabetics, as well as kidney tissue and bone tissue that could be replaced if a patient is sick or injured.

Interestingly enough, the heart is much easier to print than any other part of the body, Williams said.

“The heart is a bag of muscles and blood vessels and an electrical system,” he said, comparing it to a hand, which would require making specific nerves and joints, making it difficult.

The lab has also created a patch for a human heart, which he said he thinks will be in some of the earliest bioprinting clinical trials for humans. Instead of replacing the entire heart, this patch can mend the part that does not work. It would be especially important for pediatric patients, because it would grow with them, unlike plastic or metal pieces currently in use.

The ultimate goal for WIlliams is much bigger. He truly believes a fully functional human heart that beats, pumps blood, and keeps us alive for even longer is very possible. Extra blood vessels that would act as back up systems if one clogs or fails is one example of creating that type of muscle, Williams said.

“We are rethinking what the best design is for the heart and putting that into a computer,” he said. “What happens if we build a heart basically resistant to problems that can take place?”